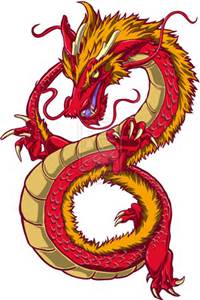 Chinese dragons are related to Western dragons, but do not have wings or the ability to breathe fire. Abigail Hardy was kidnapped while obtaining one.

They are known to have a pearl under their chin, which controls their powers. They can grow and shrink with it ( and also the ability to make storms etc.). Chinese dragons are also known to be swimmers and love water.

One Chinese Dragon mentioned in the series was Xiang, who was captured, along with Abigail Hardy, by the Sterlings. He and Abigail were kept in Mr. Sterling's amusement park, Wild Wild Xanadu. Without his pearl, Xiang was very same and had very few powers. He was able, however, to send a message to the kraken back at the menagerie.

A Chinese Dragon (later revealed to be Xiang) was mentioned to be stolen on the way to the Wyoming Menagerie by Abigail Hardy.

Retrieved from "https://menagerie.fandom.com/wiki/Dragons_(Chinese)?oldid=6275"
Community content is available under CC-BY-SA unless otherwise noted.